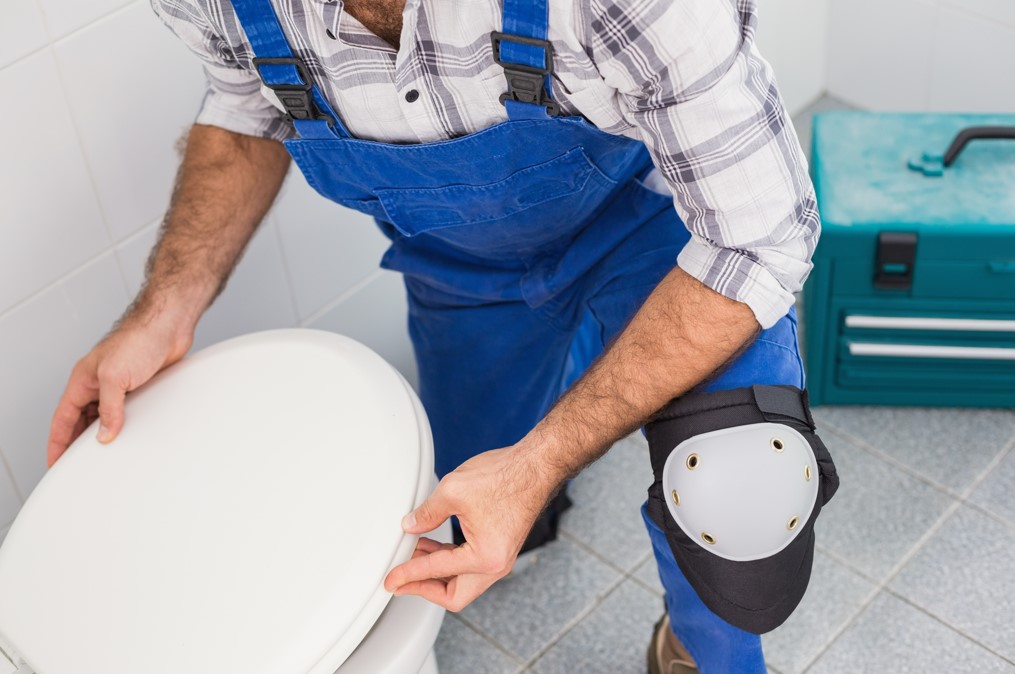 A leaky toilet might not seem like a big deal. But if you see water seeping from your toilet bowl, tank, or base, call a pro to assess the problem immediately. There might be plumbing problems developing that are more serious than you know.

The Leak May Have Started Much Earlier

When you see the first signs of a toilet leak, don’t assume the problem is new. The leak could have begun days or weeks before but is now inching outward from the toilet water source. Previous moisture may have seeped into the floor or could be collecting inside the toilet parts. The problem could have been starting and stopping over a period of time until a part has finally broken. More parts may also be ready to fail.

Evidence of a leak could be just the tip of the iceberg. Plumbers know that unrestrained water will follow the path of least resistance. There might be more than one channel through which the water is escaping from the toilet. But it could be moving in different directions so that you are just seeing a small amount of the water flow that represents a problem with the toilet structure or plumbing. Smaller amounts, like a trickle, might have been released weeks or months ago. As a toilet part further deteriorates due to its primary cause or the water drainage, the moisture could be backing up in various areas near the toilet.

The Problem Will Likely Get Worse

Even if you notice just a few drops of water occasionally and think the problem will go away or at least will get no worse, the opposite is likely to be true. Untreated plumbing problems tend to worsen over time. Broken parts will not fix themselves, and the toilet water is not going to dry up or freeze. It’s a good idea to repair the toilet before it gets worse or causes more damage to the floor or surrounding areas.

Even if the toilet problem stays about the same, if you wait to call plumbers later, the cost of parts and service could be higher. Prices are rising quickly due to inflation, so letting your toilet problem fester might cost more to fix in the future. Commercial costs seldom decline over time.

Water leaks cause mold, which can lead to allergic reactions or health problems. Take care of your leaky toilet now to prevent more extensive problems later.