Summer is coming. Soon, we will be packing away the winter coats and donning t-shirts and shorts. Children will once again enjoy their precious three months of freedom as school is dismissed for the season. Most importantly – the familiar glistening blue oasis that is our favorite swimming pool will beckon us to plunge in for splashy fun.

Swimming is a fantastic activity for so many reasons, in addition to the obvious fun factor. It’s a great source of exercise for the whole body, plus it gets us out in the sun while staying cool (so long as proper sun screen is applied regularly).

For parents, there’s no better place for the kiddos during summer time than at the swimming pool. Not only will your children get plenty of exercise at the pool, but it’ll tucker them out like no other activity. As any parent knows, tired kids are a blessing at bed time. Although there may be times when you bring the kids to the pool and treat yourself to a relaxing sun bath or a good book in the shade, it’s important to get involved with them as well.

Chances are, your kids will find plenty of friends at the neighborhood pool. This is a great opportunity to get them into active mode, have a splash in the pool alongside them, and create a fun social atmosphere for everyone. The best way to do this is to come to the pool with some tried-and-true games up your sleeve. We’ve compiled a list of five of the best games to play with your kids at the pool – or you can at least teach them how to play and “referee” for them.

By the way, lifeguards love it when kids play games together in the pool (so long as they are safe and there’s not too much rowdiness going on). When kids are together in place in the pool doing organized activities with parents nearby, the lifeguards have an easier time watching them. Here’s our top five list of the best pool games, and a brief rundown of the rules.

This game is for good swimmers and is best played in the deepest part of the pool. It’s not recommended for any area of the pool where diving is prohibited. One player (The Shark) starts in the middle of the pool and swims toward the edge of the pool, where the other players (minnows) are standing on the wall.

Another game for accomplished swimmers and best played in the deep end. It’s also best if there is a grassy surface next to the pool. One player (the Torpedo) stands on the edge of the pool, near the middle of the playing area, with his or her back turned to the pool. The other players cling to the wall at one end of the play area. Their object is to quietly make it to the other side of the pool, while swimming past the “Torpedo” along the way. The Torpedo must listen for the swimmers, and will turn around and look to see if someone is trying to cross.

If there is a swimmer en route to the other side, the Torpedo jumps in and attempts to tag that player. If the Torpedo turns around and no one is swimming across, he or she must take a step forward away from the pool. This means that the Torpedo could possibly end up quite a few paces away from the pool and will want to run to cover that distance and dive in after a swimmer – hence our suggestion to only play this with a grassy surface near the pool.

Another classic, Marco Polo is a simple game of tag and is great for all ages. It is usually played in a shallow end of the pool. One person is “It” and must attempt to tag the other players while keeping his or her eyes closed. If the player who is “It” says “Marco”, the other players say “Polo”, thereby hinting at their positions. The first player tagged is then “It”. Older kids and stronger swimmers can play a variant of this game in the deep end and omit the “Marco” – “Polo” rule. The person who is “It” must rely much more heavily on hearing and feeling for the other players’ movements in the water.

This is another all-ages game, although it may not be suitable for much younger children and toddlers. The game requires a ball, usually a small rubber football or tennis ball. The game is played in the shallow end, and one player (the Caller) stands facing all the other players (the catchers) with several feet of distance between them. The caller tosses the ball in the air toward the catchers and calls out a number of points while the ball is in the air (such as 500, 1,000, etc.). The person who catches the ball earns that many points towards the goal of 5,000. Whoever reaches 5,000 first becomes the next Caller.

This a great game for younger kids who are at least fairly strong swimmers. It can be played in any area of the pool, including the shallow end. One player (the Caller) stands at one end of the play area, and the other players stand at the opposite side. Players can start the game in the pool or on the edge if playing in the deep end. The Caller gives out a Category such as “Fruits”.

The other players huddle up and each choose an item in the given category, such as “Apple”, “Orange”, etc. The Caller then begins naming items in that category. When one of the opposing players hears their chosen item announced, they begin racing to the other side, and Caller does the same. Whoever wins is the next Caller and earns a point. First player to 7 points wins (5 points for a shorter game).

Clay Adams is a veteran Lifeguard, Swim Instructor and Blogger at WaterWaves.com 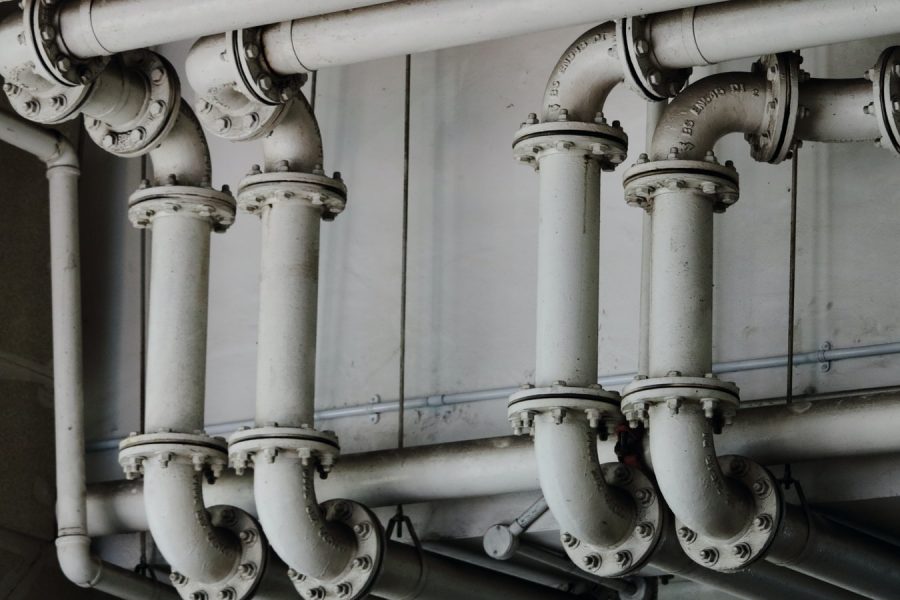 3
Having A Building Constructed? Make Sure You Have The Right Supplies For Your Pipes

5
How to Get Started With Cryptocurrency

7
Services to Perform When Preparing Your Car For Summer

9
What Type Of Fishing Boat Is Best For You?

10
The Most Common Types of Accidents Involving Semi-Trucks

11
How to Identify and Remedy A Broken Sewer Line