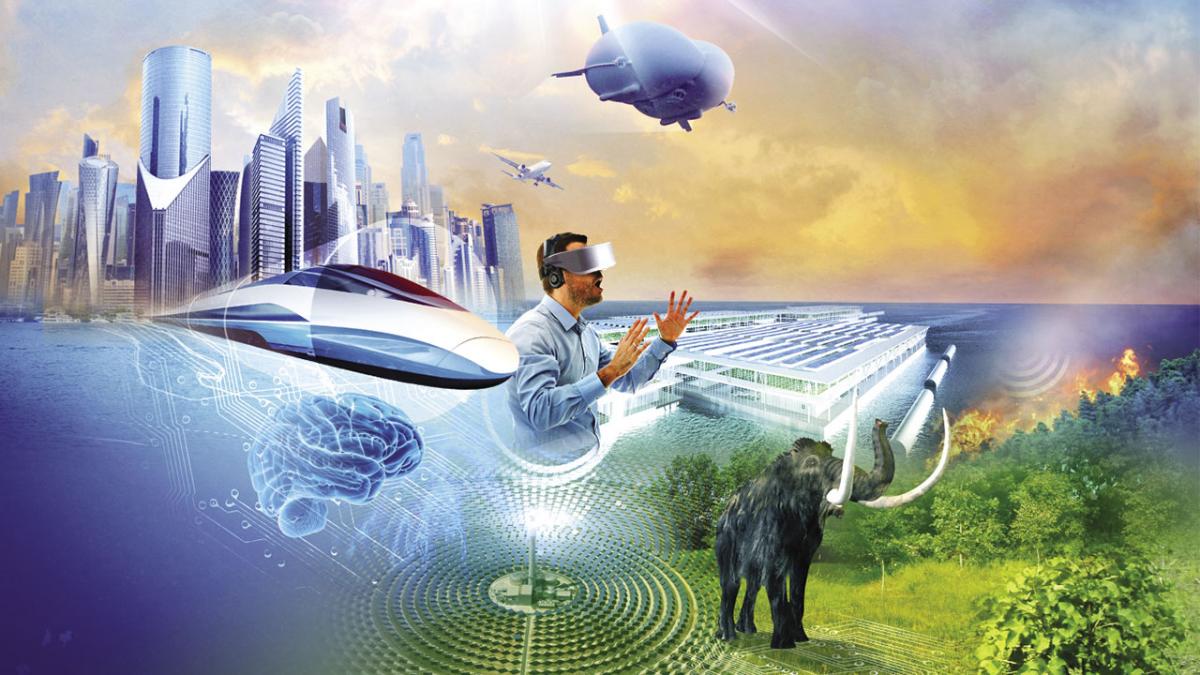 Technology is an ever-evolving phenomenon. The primary goal of technology is to ease the lives of the laymen. As we are moving forward in time, the world is experiencing the increasing population of the humans. Today, the world population is 7.4 billion and it is likely to change into 9.7 billion by 2050.

Considering the significant increase in human population, the technological advancements will come into play in making easier the lives of the people. Some of them deserve a mention here:

Delivery Drones Will Be a Reality in 2018

The concept of drones delivering goods will finally become a reality in 2050. However, they will be exclusively used only for delivering emergency medical treatments and paramedics. It might take some more time before it could courier things like a birthday gift or an official letter.

The year 2025 will mark the arrival of robots that will think like humans. This significantly reduces the amount of hard work we have to do for daily trivial tasks.  DeepMind, a product of Google, is one of the initiatives for making artificial intelligence a reality. Hope it will make our lives much easier by the year 2025.

With advancements in space exploration, it is likely that the laymen will be able to travel to space by 2025. With so many discoveries being made about life on Mars, the scientists also predict that people would be able to fly to the planet in 2025. However, it is would be a costly thing and only the elites would be able to afford this service.

Virtual Reality Will Hit the Education Sector Within Ten Years

With Google Expedition App reaching the education sector, it has become significantly easier for the educators to demonstrate to students any new concept, phenomenon or application using VR technology.

According to the scientists, the virtual reality will be used in the next ten years to assist the learning process of students.

Construction 3D Printing Will Facilitate the Architects in 2035

The construction 3D printing is a revolution in home construction. However, the concept is still not applicable in the mainstream construction business as it requires sophisticated processes and systems.  According to the technologists, the idea will be in fad by the year 2035 and it will help architects construct more buildings in less time.

Robots Will Do the Daily Jobs of Humans

While robots are working as part of the labor force in the manufacturing industry, they are still not a part of our daily lives. However, the scientists believe that they will become our companion from 2030. In the next 15 years, they will be doing the daily chores.

No longer do you have to spend hours on running the errands of your home as you have the assistance of robots to serve the purpose.

We have seen the cyborgs in the Terminator series and laughed it off as just a fictitious thing. But it is, in fact, a thing of the future as people will be able to actually use their minds as a machine to do complex tasks. Scientists predict that cyborg would be realized by 2045.

With growing application of renewable energy, it is likely to replace the gasoline in the near future. The recent successful experiments of China regarding solar energy have further validated the fact that renewable energy will dominate the fuel industry within the next 30 years. However, it will still not be able to power the airplanes and space shuttles.

The aforementioned are some of the popular trends you will likely to witness in the next 35 years. They will certainly make our lives much easier and convenient.

Kate Alex is a technology savvy and pro blogger at My Assignment Help Deal in UK. In her blogs, she loves to throw light on the latest technology, gadget reviews, and future of technology. Connect with her on Facebook, Twitter and Google Plus.